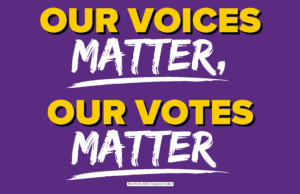 (Statewide PA) – The Pennsylvania House of Representatives is expected to vote on Wednesday, November 16th to impeach Philadelphia District Attorney Larry Krasner, who was elected twice with overwhelming support from Black voters and working families all across the City.

In response Wendell Royster, Vice-President of SEIU Healthcare Pennsylvania and the President of AFRAM (African-American Caucus) issued the following statement:

“District Attorney Larry Krasner is not accused of corruption, abuse of his office, or any ethical issues whatsoever. Yet State Representatives are still moving forward with impeachment proceedings which will undermine our democracy and disenfranchise Black voters and working families.

“This pending vote will set a dangerous precedent that any elected official in Pennsylvania could be removed from office simply because a corporation, well-funded special-interest lobby, or political faction wants to remove a leader from office for any reason and overturn an election.

“On Election Day Nov. 8th, we saw the second-highest voter turnout in Philadelphia in the midterm elections.  Does anyone believe that the will of these voters should be discarded or called into question? Of course not.

“Philadelphia’s voters overwhelmingly chose Larry Krasner, and re-elected by a 2 to 1 margin in 2021. This political stunt by the state legislature to remove him without cause, or any rational basis, circumvents our voting rights and will not be tolerated. Black voters and working families simply won’t stand for it,” said Wendell Royster.

Impeaching Larry Krasner is an attempt to draw criticisms away from the legislature’s failures to address core issues surrounding gun violence in Philadelphia and across our Commonwealth.

The current House Republican majority has continued to block common sense gun reform legislation, has chronically underfunded our Philadelphia public schools, and failed to invest meaningfully in mental health services. Moving an impeachment to remove an elected leader for short-term political gain is a dangerous gamble that will not stem the wave of violence facing our communities.

SEIU Healthcare Pennsylvania is the state’s largest and fastest-growing union of nurses and healthcare workers, uniting tens of thousands of professional and technical employees, direct care workers, and service employees in hospitals, skilled nursing facilities, home- and community-based services, and state facilities across the Commonwealth. SEIU Healthcare Pennsylvania members are committed to improving the lives of health care workers and ensuring quality care and healthy communities for all Pennsylvanians.